The Ukrainian company RD Titan Group, within the 12th International Scientific Conference Advances in Plastics Technology – APT'17 in Sosnowiec, presented the development of Pigmentiox RP-113 for the clients who are interested in the technologies of finished (ready for use) titanium dioxide grades production: transfer of technology and manufacture of "turnkey" plant for the production of titanium dioxide for plastics applications Pigmentiox RP-113 grade. Capacity of one Pigmentiox RP-113 production unit is 5,000 tons per year. The unit allows for the use of calciner discharge (unmilled and uncoated TiO2) produced by various manufacturers, for example, from China, as a raw material for the production of special grade for plastics application. It makes it possible to organize cost-effective and small TiO2 production plants (starting from 5,000 tons per year) anywhere in the world. Time of production start is 10-12 months (from first payment). Payback time is approximately 1,5-2,0 years from production start.

Below is some information about Pigmentiox RP-113. 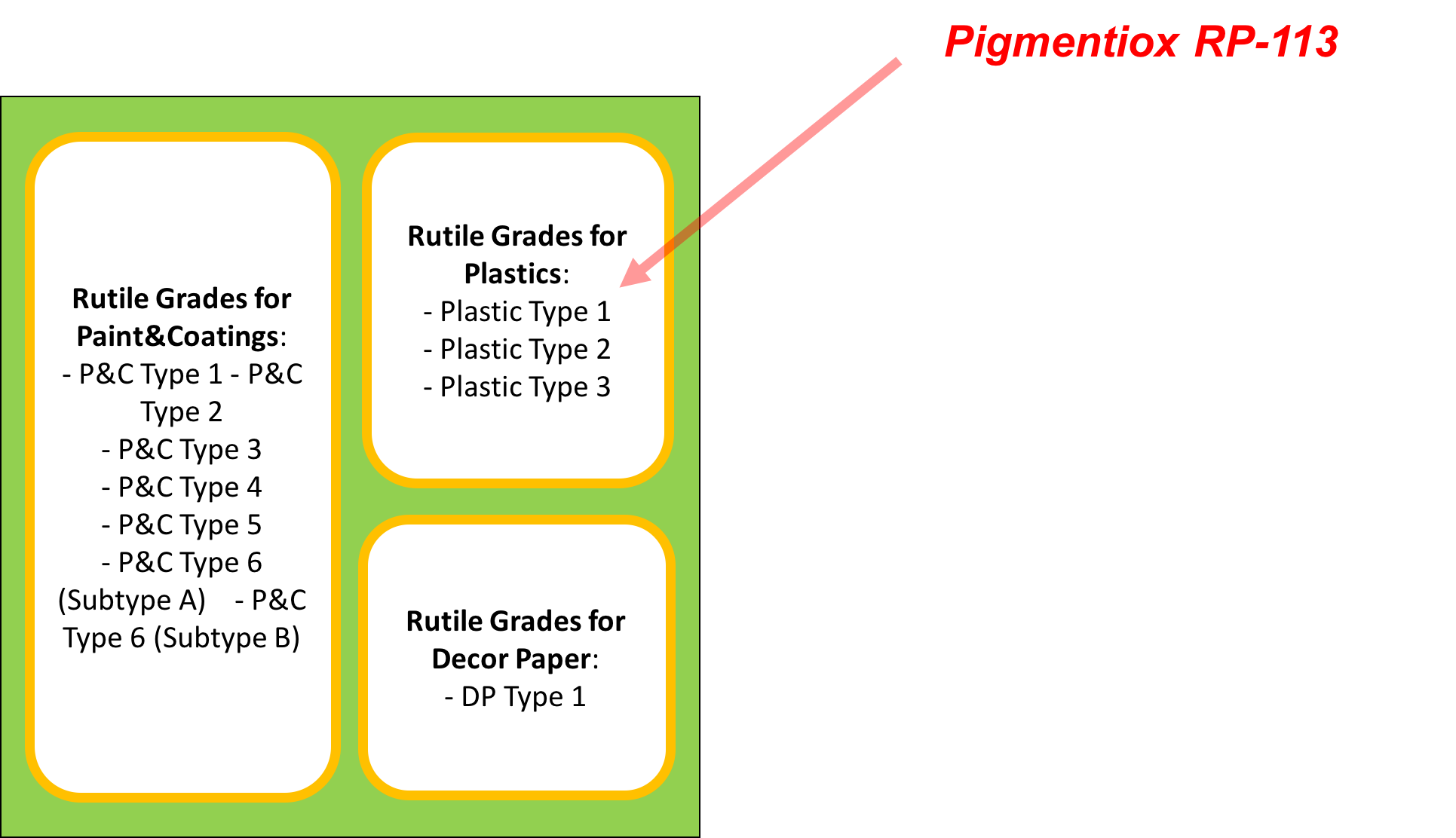